bronx accent: a literal and pictorial history of the borough 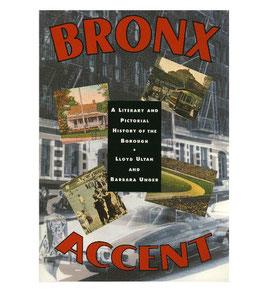 Bronx Accent: A Literal and Pictorial History of The Borough by Lloyd Ultan and Barbara Unger

For the last 300 years, and through all its social and economic transformations, The Bronx has been a major literary center that many prominent writers have called home.

Bronx Borough Historian Lloyd Ultan and Barbara Unger place the literature of these and other writers in historical context and reproduce one hundred vintage photographs that bring the writings to life. Filtered through the imaginations of authors of different times, ethnic groups, social classes, and literary styles, the borough of The Bronx emerges not only as a shaper of destinies and lives, but as an important literary mecca.