the life in the bronx collection 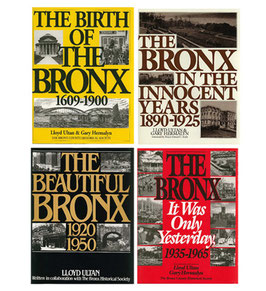 These absorbing narratives of The Bronx's history are complemented with rare photographs from the research archives of The Bronx County Historical Society. They offer a vivid glimpse into the wide range of changes that occurred throughout the years and of the elements that preserved The Bronx as a desirable residence for the countless numbers of people that chose to make it their own.

The Life In The Bronx Series Set by Llyod Ultan and Gary Hermalyn
$100.00
Add to Cart